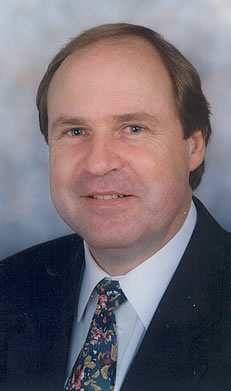 Eugene Ward joined the Insurance Industry on 1 January 1990 after a most successful career in the education profession from which he resigned in December 1989 as Head of Department (HOD).

He was also co-author of a series of Language text books whilst actively serving on and contributing to a special educational program for the”gifted pupil”. Eugene was attracted, though, by the Financial Services Industry, hence he decided to look outward and investigate his options in the corporate world. He made the mind-switch and chose the latter route to pursue his life goals.

He was appointed by Old Mutual on 1 January 1990 on the basis of undergoing accelerated training with the view to a management position. He thrived on the huge scope that soon became apparent to him whilst gaining valuable training and financial advisory experience. After 6 years with Old Mutual, he resigned as a Senior Consultant in December 1995 to pursue his career independently. He established IIB and started practicing as an IFA in January 1996.

Eugene is totally dedicated to his cause in providing holistic advice and financial planning for his clients. He is a fervent reader of financial literature and he remains abreast of the ever changing industry dynamics, regulatory reform and economic landscape by continually adding to his skills and knowledge bank such as having undergone extra ordinary certified courses in, among others, Practice Management as well as a specially certified course in the highly acclaimed 6-Step Process in Financial Planning.

In addition to his education background, he obtained a Post Graduation Diploma in Financial Planning. Eugene is regarded as a highly respected and competent financial planning professional. His teaching experience and educational training has also undoubtedly equipped him with knowledge and skills that few advisors today possess. Psychology having been one of his major subjects, is of natural interest to him and hence behavioral finance which in recent years in particular, has surfaced as a recognized financial planning discipline, is an area that he seeks to further explore.

Eugene truly understands the value of holistic human centric financial advice and brings his acutely fine connectedness to the human (the person) strongly to the fore during consultation. The meaning of TRUST takes on a whole new dimension and manifests in what best is described by an Afrikaans client of his in the words: “Ons voel die vertroue”. Translated this would be “We feel the trust”. Not simply “We trust you”. It’s more than that. It’s a case of trust in action – in deed – tangible – measurable – and actually seen in the positive financial results achieved through his guidance.